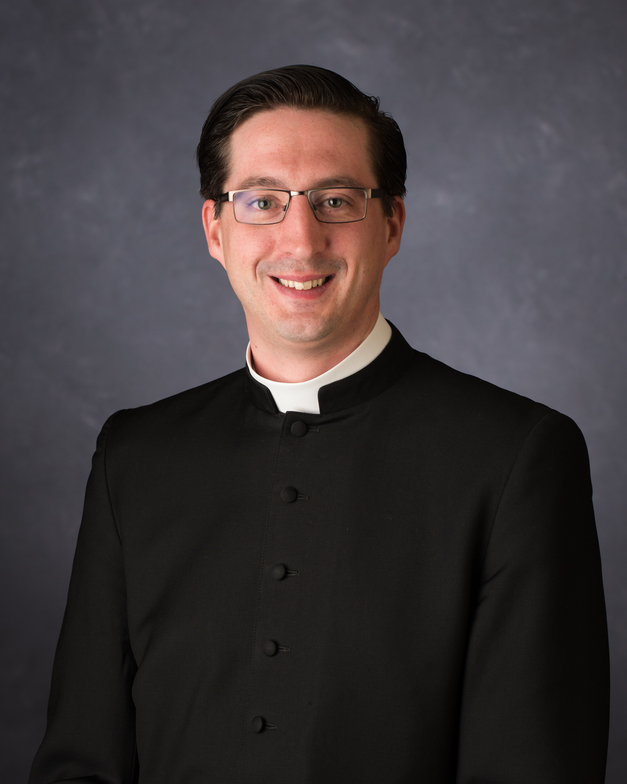 I was born in 100 Mile House, eventually the oldest of four children, and baptised in St. Jude's parish. Upon receiving a comic book like Bible as a young boy, I have been fascinated by the Old Testament, largely due to the amount of battle action. As a result, and although not for particularly pious reasons, the story of Razis in 2nd Maccabees is my favourite Bible story. Before entering high school, my family and I moved to Kamloops, eventually making the Cathedral our home parish.  Having grown up in the interior of B.C., my palate has been formed by the local culture; and as such, my favourite meals consist of meat and potatoes - the form or combination matters not, only that there is meat and potatoes. Unrelated to my places of residence, but rather to the fact that I have a heart, my favourite style of music is country, especially the sad songs. After entering university to pursue studies in business, I met the now Fr Andrew L'Heureux, who was preparing for ordination to the diaconate. His zeal and joy in following the Lord inspired me to follow in his footsteps. Seven years after meeting Fr Andrew I was ordained a priest for the Diocese of Kamloops.

Greetings from the Serra Club of Kamloops.  Last Sunday was Good Shepherd Sunday and the World Day of Prayer for Vocations.   We prayed for our many Priests, Brothers and Sisters and for our existing and future Seminarians. If you have a special prayer, photograph or sentiment that reflects your devotion to our clergy we would love to hear from you!  You can post them on facebook @ Serra Club Kamloops Diocese or send them to sberdusco@serrakamloops.ca