Sprinkling of Ashes to replace ashes on forehead this year due to Covid. 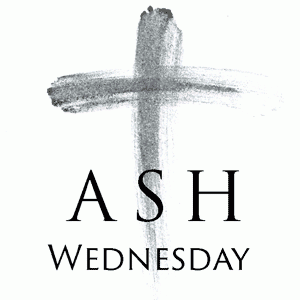 Ash Wednesday is going to look a little different in the Diocese of Kamloops this year.

The most obvious change will the distribution of the ashes. Bishop Joseph Nguyen, drawing on guidance from the Vatican’s Congregation for Divine Worship and the Discipline of the Sacraments, told priests Jan. 15 to sprinkle (rather than smudge) ashes on the heads of the faithful this year.

Although in North America the custom is to place ashes in the shape of a cross on the foreheads of congregants, in many parts of the world placing or sprinkling ashes on the head of the faithful is the accepted form.

In the Diocese of Kamloops, ashes will be distributed without a public liturgy. If current restrictions remain in place, and depending on the parish, the faithful will receive ashes either by drive-in (with up to 50 cars in the church parking lot), or by drive-up (with cars lining up at the curb and individuals receiving ashes, then driving away.

In another change, immediately before the distribution of the ashes the priest will say the formula “Repent and believe in the Gospel” or “Remember that you are dust, and to dust you shall return” only once for all who will be receiving ashes. He will then clean his hands, put on a face mask, and distribute the ashes without saying anything. (Previously, he would say the formula to each person individually).

The changes are to minimize any risk of spreading COVID-19 and follow guidance from the Vatican that was released Jan. 12 and signed by Cardinal Robert Sarah.

Another change is coming to the familiar rites of the Church Feb. 17 due to a recent revision to the English translation of the Roman Missal approved for Canada.

The Canadian Conference of the Catholic Bishops announced in December that the conclusion of the Collect (and similar prayers) will change from saying “one God” to, simply, “God.” For example, the Collect may now end like this: “Through our Lord Jesus Christ, your Son, who lives and reigns with you in the unity of the Holy Spirit, God, for ever and ever.”

The change came after the Congregation for Divine Worship and the Discipline of the Sacraments contacted the CCCB to say the English translation of the Latin mistakenly introduced the word “one.”

“The Dicastery informed the conference’s president of the decision that the word ‘one’ is deemed incorrect, could cause doctrinal confusion, and should no longer be used,” wrote CCCB president Archbishop Richard Gagnon Dec. 8.

Another CCCB document explains the change “is to avoid possible misunderstandings of the Son within the Blessed Trinity, or even the misconception that Our Lord Jesus Christ is ‘one God’ among others. With this change, the English will now also be consistent with the Latin text, as well as conform with translations into other European languages including French.”

The change comes into effect on Ash Wednesday this year.

With files from Catholic News Agency.