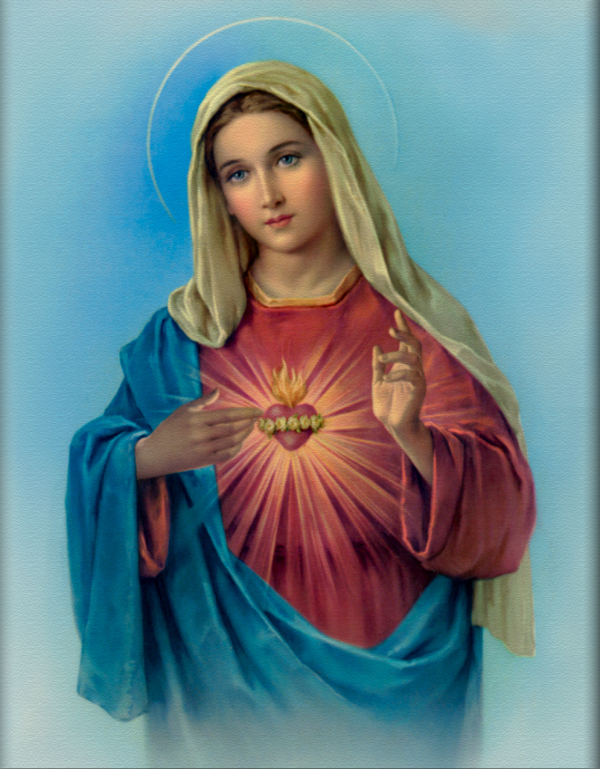 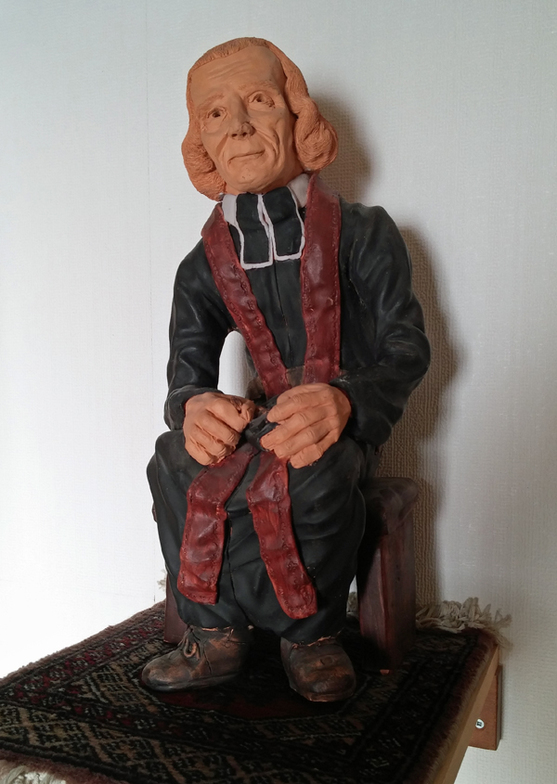 All devotion to Mary leads us, through her, to her Son.  The devotion to the Immaculate Heat of Mary, the heart being the symbol of love, leads us to the pierced Sacred Heart of Jesus from which flowed His blood, a symbol of outpouring of His love.

Simeon expressed the union of these two hearts at the time of the presentation of Jesus in the temple,  "...and a sword will pierce your own soul too." (Luke 2:22-35).

It was not until the seventeenth century when under the initiative of Saint John Eudes (1601-1680), that the devotion to the heart of Mary began to spread. In the beginning of the nineteenth century Pope Pius VII instituted the feast of the Most Pure Heart of Mary to be celebrated by any diocese or religious institute that wished to.

On December 8, 1942, the 25th anniversary of the apparitions at Fatima, Pope Pius XII dedicated the Church and the human race to the Immaculate Heart of Mary.  Originally the feast was kept on August 22.

Jean-Marie was born on May 8, 1786, the fourth child of Mathieu and Marie Vianney.  Through the instruction of his mother he developed as a child a love for prayer and devotion to Our Lady.

With the French Revolution and the closing of the churches for the next five years Jean-Marie learned how the Church can be persecuted.  It was at a Mass in secret in a barn that he received his First Communion in 1796.

At the age of seventeen he developed a desire for the priesthood, but had very little formal education and found the studies difficult – especially those in Latin. With the help of Abbe Charles Balley he was encouraged to continue his studies. This did not last long because he was called to military service in 1806.

The next four years were a dark chapter in his life.  Jean-Marie became ill and missed connecting with his unit to go for the Spanish campaign and becoming lost never met up with his unit.  Unwillingly he became a ‘deserter’ until the general amnesty on March 25, 1810.

Now at the age of twenty-four he tried again to continue his studies and it was only by the conviction and tutoring of Abbe Balley that Jean-Marie was able to finally to receive his theological studies.

On August 12, 1815 at the age of twenty-nine, Jean-Marie was ordained to the priesthood and received his first assignment – to be the assistant to Abbe Balley where he served until the death of his mentor and teacher in early1818.

On February 9, 1818 Father Vianney received his first assignment as pastor.  He was to go to Ars-en-Dombes, a village of sixty or so families, most of whom had become indifferent to the faith because of the French Revolution.  He remained here for the next forty-one years as the Cure of Ars.

He became known for his simplicity of life, his catechism lessons, his sermons, but especially for his ministry in the confessional.  Increasingly people from everywhere made ‘pilgrimage’ to Ars to receive spiritual advice and absolution of their sins.  In heat and cold he would, by the end of his life, spend up to sixteen hours a day in the confessional.

In July of 1859 Father Jean-Marie Baptiste Vianney, tired by a life of austerity and faithful service, became ill, yet he continued his heavy schedule until the end of the month.

On July 29, after hearing confessions, suffocating with fever, giving the catechism lesson with a very weakened voice and fulfilling other pastor duties, the Cure with difficulty finally made it to his bed in the evening.  At one in the morning he realized he was near death and called for his confessor.

For the next few days the people waited outside the rectory anxiously praying for their saintly Cure. At two o’clock in the morning on Thursday, August 4, 1859, at the age of seventy-three, Father Jean-Marie Baptiste Vianney died.

“If a priest were to die in consequence of his labours and sufferings for the glory of God and the salvation of souls, it would not be a bad thing!” Petit Memoire